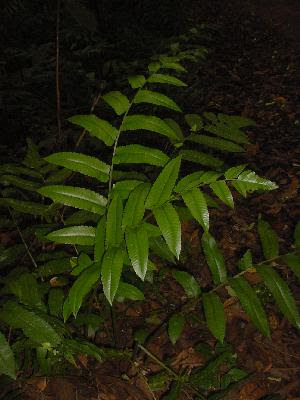 I am pleased to present you today a new record for Singapore - Athyrium accedens (Family: Woodsiaceae). I have found a small population of this fern in Bukit Timah Nature Reserve.

The late Prof. R. E. Holttum described it as a fern of shady mountain stream-sides, found in Malaya only on the Main Range and Taiping Hills. The specimens that I discovered were also near a stream. They are about a meter in height - simply pinnate, tufted and erect, and producing plantlets (asexually) on the rachis besides the usual spores (for sexual reproduction).

Some major characteristics below: 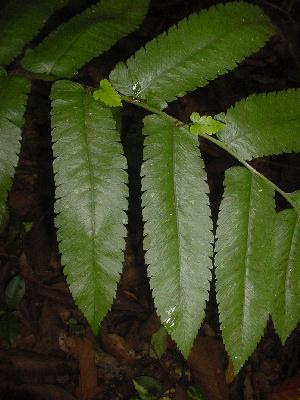 Each plantlet arising from the pinna (leaflet) axil. 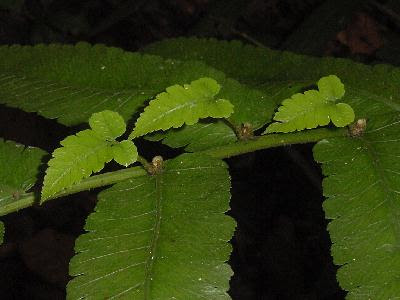 This mature plantlet is ready to drop off and grow on its own. 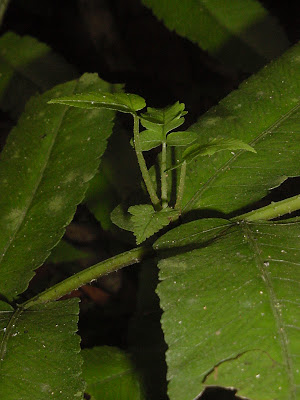 Size and shape of pinna: tipped and broad; margin crenate or shallowly lobed. 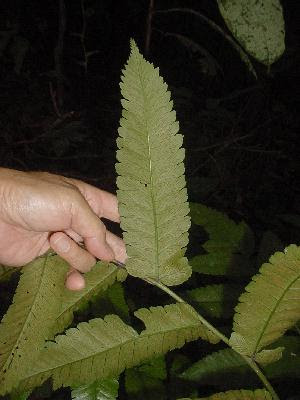 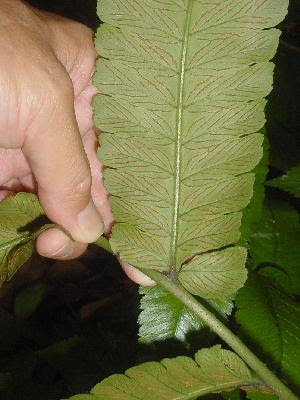 Close-ups of sori (group or arrangement of spore cases / sporangia). 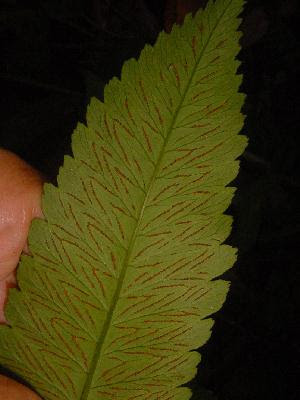 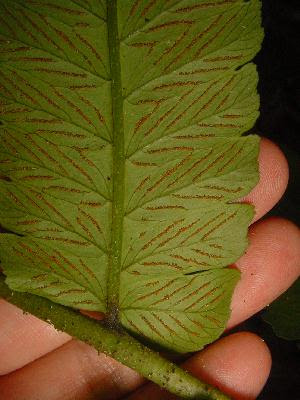 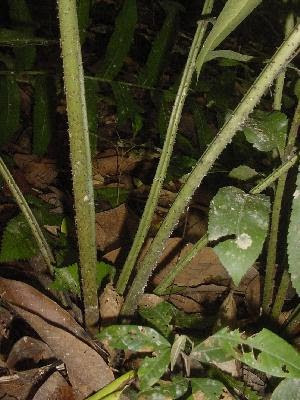 Close-up of the protuberances: each one is actually a remnant stalk that has held a scale (thin membranous hair). 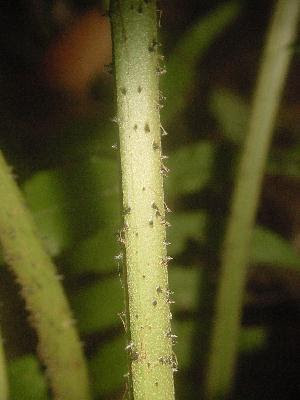 The rachis (branch extending from stipe bearing pinnae / leaflets) is grooved above. 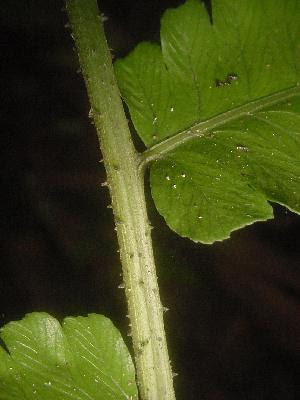 Footnote: A New Record is a species already known to science but not known to occur previously in a certain botanical area in question. Now that Athyrium accedens has been found occurring in its natural state here, it can be added to the flora of Singapore as a native species. So in total, we have now 11 species of Athyrium in Singapore.
Posted by Joe Lai at 9:01 AM

Congratulations on your new find, Joseph! From the shots posted, I just realised how big the fern is!

interesting! thanks for the post. Is the old genus Diplazium?

Thanks everyone : ) Yes, this a quite a big fern with large pinnae. And yes, it used to be Diplazium.

As you can see, there is so much to learn about our natural heritage. I must say I am equally pleased and inspired by the work of our very active nature community here in Singapore... people like you and many others... who found your special interest and niche, excel in them, and contribute to the conservation of our precious natural heritage. This is important. I am glad too that there is great diversity and synergies amongst us here in Singapore. Individuals though we are, but a force collectively. Cheers : )